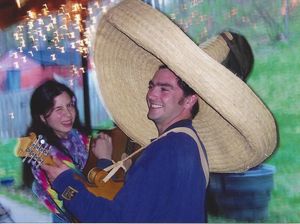 Why a festival, why now?

Robert Dunn was born into a small Swiss-German community in rural Hohenwald, TN. In his youth he was heavily influenced by the local music scene and the rich cultural heritage that is still prevalent throughout Middle Tennessee. In April of 1992 Robert was standing in the middle of a sold out crowd to see the Grateful Dead in Atlanta, Georgia. Robert learned two things at this concert “I fell in love with the country & bluegrass feel of The Grateful Dead, and I realized the entire vibe and social atmosphere of the concert was just as good as the music!” Robert knew that someday he would utilize music to gather people and participate in the atmosphere that he fell in love with.

During the 1990s Robert was a frequent patron of The Station Inn. This legendary live music club hosted a powerhouse bluegrass band comprised of individuals who make a living playing in support of a band leader, in town these folks are referred to as, “sidemen”. The Sidemen played every Tuesday night, and as long as Robert had $5 to pay the door fee, he was there! Inspired by the music, he began attending more bluegrass events and eventually made a pilgrimage to MerleFest in Wilksborough, NC. The combination of these many live concerts motivated Robert to host his own private pickin’ parties, known simply as “ The 420 Holler Pickin’ Parties.” 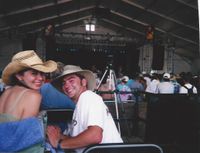 The first Holler Pickin’ Party was held in April of 1999 and brought together over 150 local musicians and folklorists. Word quickly spread throughout the community that Robert was hosting premier acoustic jam sessions, and within a few short years the annual party more than doubled in size! These intimate informal gatherings of musicians continued to motivate Robert and led to the direct founding of Hoedown On The Harpeth in Kingston Springs, TENN.

The inaugural Hoedown On The Harpeth took place in the fall October 14-15, 2016. Unlike the many modern and mass produced music festivals, this event, was more like a traditional country themed music festival, where people gathered and enjoyed music both on and off the stage. Nashville is known as “Music City” and many jams to happed at this event. Often the highlight of festivals is the music that is played informally throughout the campgrounds and under the shade trees. For HOTH 2018 we’ve already booked a slew of talented bands to play the main stage and the barn dances Friday and Saturday nights.

Tune up your guitar and rosin up the fiddle bow because it’s pickin’ time! Join us October 12-13, 2018 at Hoedown On The Harpeth in Kingston Springs, TENN.